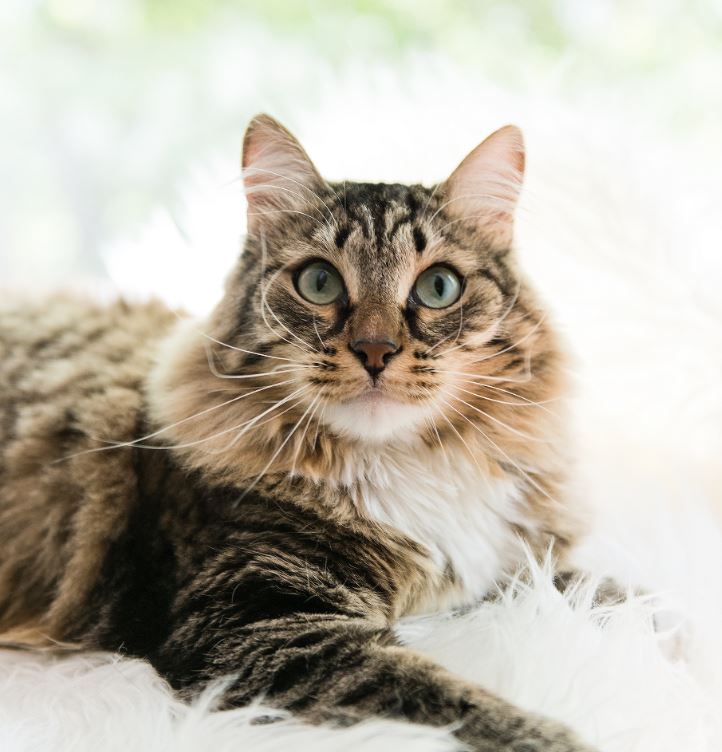 The myth of cats and dogs being at great odds with each other has become synonymous with arguing. And not just any kind of arguing, but fighting with great anger (with claws out, so to speak). But, dogs and cats living together doesn't have to be a stressful situation.

Oftentimes viewed as "natural enemies" because of their diametrically opposed roles in the wild kingdom, cats and dogs cohabitated not-so-peacefully in Africa for thousands of years before they were domesticated by humans — at which time it seems that they continued to be at odds with each other.

However, this doesn't mean that your furry friends are destined to be archenemies forever. In fact, at times, they can be the best of friends!

How It All Started

The origin of the phrase "fighting like cats and dogs" is somewhat ambiguous, dating back a few hundred years, but the domestication of cats and dogs factors into the equation.

Evidence of dogs and cats living together dates back much further, about 12,000 years, to the time when cats were first domesticated as the world shifted to an agrarian-based economy and farmers needed good mousers to keep the rats and other pests out of the food storage areas.

However, as new DNA research shows, dogs were domesticated as long as 40,000 years ago, mainly as hunting companions. Science News reports, "New data from ancient dogs indicates that dogs became distinct from wolves between 20,000 and 40,000 years ago." It is scientifically agreed upon that dogs have descended from wolves and that cats have descended from their big cat relatives. But how exactly did these two opposites start cohabitating?

In the early stages of the cat-dog relationship, the cats were relegated to the out buildings while pups claimed a spot indoors, in front of the roaring fire. Then, notes Smithsonian magazine, despite retaining their "big cat" characteristics, cats decided to get in on the action and domesticated themselves right into their pet parents' laps and into the dogs' territory.

Dr. John Bradshaw, an Honorary Research Fellow at the Veterinary School at the University of Bristol, writes in The Guardian that when first learning to share living quarters, "competition over scarce scraps of food would have led to frequent fights" between cats and dogs. When facing a hostile situation such as this, dogs instinctively defer to their hierarchical roles in "the pack." Cats, however, are "solitary predators," as Bradshaw explains, but they are also prey and therefore aren't inclined to back down. Nor, according to Bradshaw can they read the signals of the wolf pack mentality with which dogs communicate.

Can cats and dogs get along? With patience and perseverance, absolutely.

Despite the instinctual tendency toward being sworn enemies, the relationship between cats and dogs is more nuanced than getting into a skirmish at the food bowl.

Let's face it — sometimes, cats and dogs aren't going to get along. This is especially true if one or both of the animals has experienced a hostile living environment prior to moving in with their loving pet parents. Your puppy pal may not appreciate a new feline friend, or vice versa, which can lead to aggression from one or both animals. Cats and dogs do not share behavioural signals, which is a big factor in their antagonism toward each other.

Aggressive behavior doesn't necessarily mean that your furry family members can't live together in harmony. "You can help them to share a home," says Animal Planet, "by keeping each pet's best interests and instincts in mind." Animal Planet explains that you can help your furry family members by supervising their interactions — both playtime and tussle time — and ensuring each animal has their own space to which they can retreat, such as a crate or a gated-off room. Also, make sure that they are never competing over anything. This can include toys or food that is laid out. If your dog and cat have a natural tendency to getting into one another's food, make sure to separate them and feed them. This not only reduces any combative behavior, but it also ensures that one pet doesn't consume more calories than they should.

If your cat is an alpha cat, she'll let you and the dog know it. In her role as both predator and prey, she has a natural tendency to dominate and may exhibit aggression if she feels threatened. This is true whether it's a dog and cat living together, two cats, or even a cat and her humans. Similarly, to her behaviour in an antagonistic cat-dog relationship, your kitty may demonstrate her aggression with body language, such as an arched back, fluffed-up tail, biting or scratching. She also may growl, hiss, or bare her teeth to keep other animals at bay.

An alpha cat and less dominant dog can play happily together one minute and the next, your kitty is swatting him on the nose. But, as the American Society for the Prevention of Cruelty to Animals (ASPCA) notes, pet parents can help to facilitate a more harmonious relationship by comprehending a cat's signals because "it enables them to more accurately 'read' their cats and understand their feelings and motivations for doing what they do. It also helps them respond more effectively to behavior issues like aggression." Learning to communicate effectively with your pets, which includes giving your alpha kitty her space when she needs it, will help you and them develop a more amicable relationship.

Sometimes, a dog and a cat live together but don't bother giving each other the time of day. While ignoring each other is a more desirable situation than constantly quarreling, your pets can live a fuller, more enjoyable life by interacting with one another. And you'll have more fun too.

Encouraging friendly play between a cat and a dog is a great place to start. Because they are both hunters at heart, they may have fun with dog toys like a stuffed animal, or you can create a cat toy with materials you have around the house. Just be sure that you're around to moderate such playtime, as it could easily go from amiable to aggressive if the animals misread each other's social cues.

Although it may seem elusive, cats and dogs can live together — not just as roommates but as tried and true BFFs. One of the best ways of achieving this relationship is to invest time and patience in the introduction period between the two pets, including socialization. Who knows, one day, your cat and dog may end up snuggling together.

"When introducing your dog to a cat," says Best Friends, "pay attention to the body language of both animals." As noted above, cats and dogs instinctually use their own unique signals to communicate; however, by working closely with your pets, you can pick up on their verbal and physical cues. According to Best Friends, some effective methods include desensitization, a face-to-face introduction, and what's referred to as "Look at That," or LAT — a form of distracting your dog from your cat.

Christine O'Brien is a writer, mom, and long-time cat parent whose two Russian Blues rule the house. Her work also appears in Care.com, What to Expect, and Fit Pregnancy, where she writes about pets, pregnancy, and family life. Find and follow her on Instagram and Twitter @brovelliobrien.